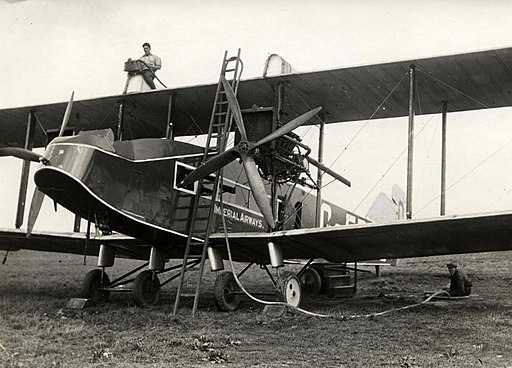 Today is ‘International Civil Aviation Day’; a day for celebrating the history, science, and success of civil aviation and its impact on our daily lives. A major pillar of global economic and social development over the last century, the importance of civil aviation cannot be understated. Business Travel Direct would not be the organisation it is today without those first tentative flights in a hand-built craft by the Wright Brothers back in 1903.

There most certainly would have been an element of scepticism that such an invention would ever work – a man-made apparatus constructed with muslin fabric, wood and wire, designed to send a man a fairly respectable distance, not held aloft by lighter-than-air gas… with a man and an engine on board?! The doubt the Wright Brothers were initially greeted with was no-doubt, profound. But here we are; living in a world run by e-commerce, trade and travel, entirely dependent on the invention of the aircraft.

So significant was this initial flight on that first craft, aptly named ‘The Wright Flyer’, that a piece of the fabric and wood used in its construction was actually taken to the surface of the moon by the crew of Apollo 11, the first lunar landing mission, in 1969. The theoretical concepts that the Flyer presented aviators and aeronautic enthusiasts have truly left a legacy, with many of these mechanical parts, or at least the theory behind them, used on aircrafts we see now. Back in 1906, they patented a wind-deflection mechanism that represents the solution built into every fixed-wing aircraft in the air today.

So on this day, we’ll be thinking of some of the magnificent and remarkable achievements only made possible by the likes of the Wright brothers and all those who followed in their footsteps to create the experience we are able to offer today within Business Travel Direct. In light of this, we wanted to share with you ten facts about the era of aviation that are bound to leave us all feeling appreciative on International Civil Aviation Day.

1. The world’s busiest commercial airport is Hartsfield-Jackson Atlanta (ATL). The airport was visited by just over 100 million passengers last year and has been the world’s busiest airport since 1998. Heathrow is the 7th most frequented airport.

2. KLM is the world’s oldest operating airline, established in 1919, making it’s first flight from London to Amsterdam, carrying just 345 passengers and 25,000 kilos of mail and cargo.

3. 30 years ago, American Airlines ran an audit that determined the airline could save $40,000 per year if it removed just one olive from each food tray in first class!

4. The Wright brothers first managed to fly just 120ft in one of their glider craft creations (which at the time was an impressive achievement!). Today, a Boeing 747’s wingspan is longer than that distance of flight made by the Wright brothers, measuring in at 195ft.

6. The 747 family has also flown more than 5.6 billion people in its lifetime, which is equivalent to around 80% of the global population.

8. Pilots and co-pilots are required to eat different meals to one another, in case one of them gets food poisoning.

9. A commercial aircraft flies, on average, about 800km per hour, which is 222 metres per second.

10. Its estimated that around 500,000 passengers are in the air at any given time! (Not bad given that it all began with the creative minds of two brothers).